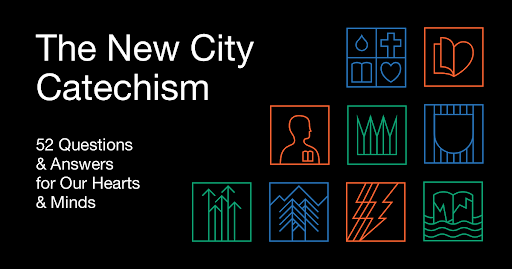 Question 27
Are all people, just as they were lost through Adam, saved through Christ?

No, only those who are elected by God and united to Christ by faith. Nevertheless God in his mercy demonstrates common grace even to those who are not elect, by restraining the effects of sin and enabling works of culture for human well-being.

The Bible clearly denies universalism. Everyone will not be saved from the just wrath of God against sin. Who then will be saved? Only those elected by God and and united to Christ by faith. The Baptist Faith and Message defines election as, "the gracious purpose of God, according to which He regenerates, justifies, sanctifies, and glorifies sinners" (Article V). Those whom God has graciously chosen for salvation in Christ are brought by God into faith-union with Christ and thus saved.

This glorious truth means, among other things, that we should:

Common grace is the term applied to those general blessings which God imparts to all men and women indiscriminately as He pleases, not only to His own people, but to all men and women, according to His own will. Or, again, common grace means those general operations of the Holy Spirit in which, without renewing the heart, He exercises a moral influence whereby sin is restrained, order is maintained in social life, and civil righteousness is promoted. That is the general definition. The Holy Spirit has been operative in this world from the very beginning and He has had His influence and His effect upon men and women who are not saved and who have gone to perdition. While they were in this life and world they came under these general, non-saving operations of the Holy Spirit. . . . It is not a saving influence, nor is it a redemptive influence, but it is a part of God’s purpose. . . . If the Holy Spirit were not operative in men and women in this general way, human beings, as a result of the Fall and of sin, would have festered away into oblivion long ago. . . . Next to that is what is generally described as culture. By that I mean arts and science, an interest in the things of the mind, literature, architecture, sculpture, painting, and music. Now, there can be no question at all but that cultivation of the arts is good. It is not redemptive, but it improves people, it makes them live better lives. Now, where do all these things come from? How do you explain men like Shakespeare or Michelangelo? The answer from the Scripture is that all these people had their gifts and were able to exercise them as the result of the operation of common grace, this general influence of the Holy Spirit.

What hope does everlasting life hold for us?

Preparing for the Lord's Day- Numbers 15

Preparing for the Lord's Day

Preparing for the Lord's Day- Numbers 7

Preparing for the Lord's Day- Numbers 6

Divine Attributes for Study and Refleciton

Does Christ's death mean all our sins can be forgiven?

Can anyone keep the law of God perfectly?

Since no one can keep the law, what is its purpose?

Some Devotional Resources For April 2020